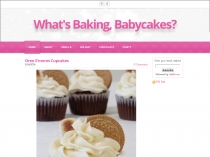 Our family had a great time watching The Harlem Globetrotters play yesterday at Van Andel Arena in Grand Rapids, MI.  It was a childhood dream of mine to see the Globetrotters in action.  I have to say, they didn't disappoint.  Although not a traditional basketball game, as there were very few fouls called, it was thrilling to watch the dunks, four-point shots, and hilarious antics the team had to offer.  I must say, I've never seen a player perform a backflip during a basketball game!  In between periods, the entertainment continued with a high level of audience involvement.  Players were called onto the court to perform funny skits and shoot hoops with the players.  All in all, The Harlem Globetrotters offered something for everyone.  Basketball fans, kids, and adults alike would enjoy watching the Globetrotters in action.  Right now, The Harlem Globetrotters are offering a 25% discount on tickets with the code: FUNFAM.  Click here to view their schedule and take advantage of this offer.  Here's some highlights from this weekend's game:

Leave a Comment
submit a review Join our blog team

Proud Member of The US Family Guide Network